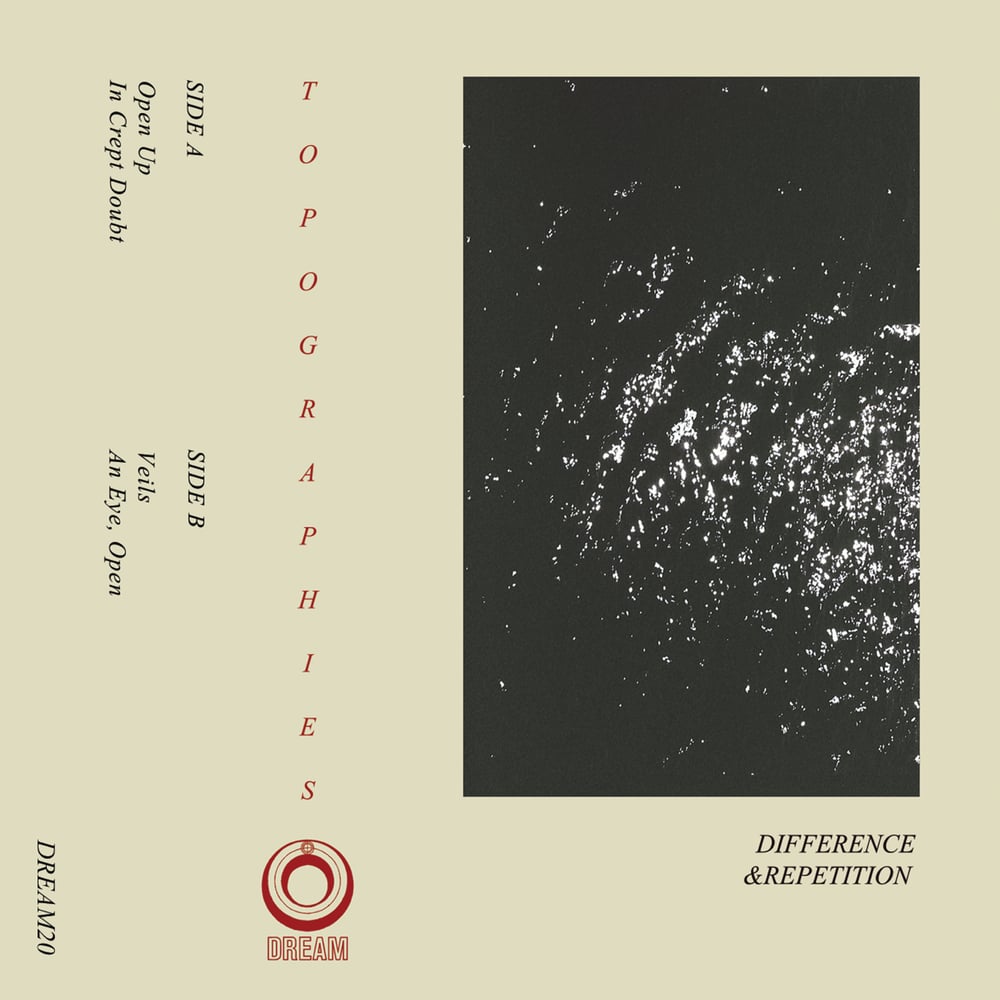 Topographies is a band formed in San Francisco in 2018 by Justin Oronos, Jeremie Ruest, and Gray Tolhurst. Their music combines the lush, reverb-heavy guitars of shoegaze with the icy rhythms of post-punk. The band has released a 7” (Pink Thoughts/ Roman Figure), a cassette of their Part-Time Punks session as well as a single with venerable London-based dream-pop label Sonic Cathedral. Topographies has shared stages with the likes Soft Kill, Be Forest, Tennis System, and The Chills and have plans for further touring in 2020.

Difference and Repetition, the band’s first release with Dream Recordings, marks a shift to a darker tonality in the band’s music. The EP’s title refers not only to the makings of a song but also to the structure of living itself, a seemingly endless procession of days broken by small joys and small sorrows. Musically, the four songs hew close to the band’s influences merging the “repetitions” of 80s coldwave and post-punk as well as the ethereality of bands like Slowdive and Pale Saints. Tolhurst’s lyrics draw on modern poetry, especially the work of the Romanian-born Jewish poet Paul Celan to craft narratives that are both oblique and sentimental, surreal yet poignant. On Difference and Repetition¸Topographies draws these disparate influences into a mesh of sound and feeling that hopes to act as a map of being, here and now.